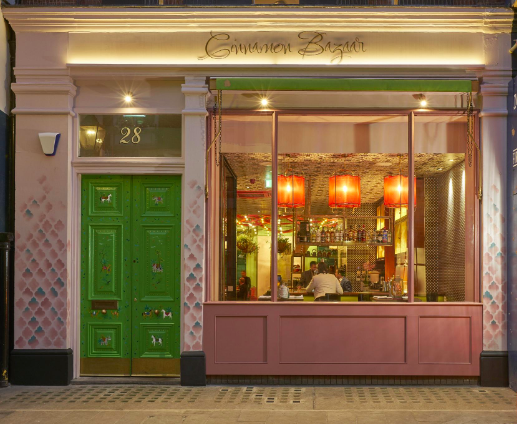 Hey, Foodwala boys and girls… I hope you are  all safe and well

Furthermore, if you know of a restaurant I should review please let me know.

“Literature is a vast bazaar where customers come to purchase everything except mirrors.”

When I travel I love going to the local Bazaar, I usually shun the big shiny malls to discover the real DNA of a place by visiting the place where the locals buy their most basic ingredients.
I once found myself in Dera Adam Khel at the border of Afghanistan, don’t ask how I got talked into visiting the most bizarre Bazaar in the world.
The whole place was like when Luke Skywalker and Hans Solo walk into Mos Eisley cantina.
The place was full of ne’er-do-wells from all over the region.
We had the Afghan warlords bringing in the newly gifted NATO armaments, and selling them to the shopkeepers, then we had the Pakistani ISI agents keeping an eye on the proceedings in the traditional salwar kameez, the only thing that said they were ISI was the polished mirror boots and the new Ray-Ban aviators.
Next up were the American and British special forces who also wore salwar kameez and dusty combat boots and long ZZ Top beards, the more they tried to blend in the more they stood out.
In the shadows were the RAW agents, they lurked in the shadow like chameleon/gecko-like Randy Boggs or like KAA in the jungle book, trying to influence things by lurking and conniving.
They were all there to buy and sell guns…that’s right guns, the bazaar is the only one in the world that openly trades in guns, you can purchase for the right amount anything from the latest NATO rocket launcher to a Nazi Luger Pistol and everything in between.
So this brings me from a bizarre bazaar to the Cinnamon Bazaar, which is the latest eatery from the armoury of  the world-famous Vivek Singh, I have always heard great things about Chef Singh so this was my opportunity to try

The restaurant decor has a whimsical pastel-shade vibe to it a la the Disney movie  Khoobsoorat, with Fawad Khan and Sonam Kapoor, It is Mayfair Mary’s interpretation of what an Indian bazaar would look like.
I kicked off the proceedings with something unusual

The House Curried Popcorn was indeed unusual, popcorn tossed in caramelised molasses and powdered with garam masala, gaving a sweet and spicy sensation that certainly left you guessing.

The Samosa Chat was a flavour bomba!!!! so many different flavour profiles and each mouthful had a different flavour, but the brilliant thing was the flavours did not clash, I was actually looking forward to the next mouthful. Really delish and tasty.

The playful unusualness continued to the lamb Rogan josh shepherds pie yes you heard it right – it was actually voted as one of Time Out’s 100 Best Dishes in London. so I had to try it, I flew to London for this dish actually. and yes it was delicious, the lamb filling was delicately infused with cinnamon, the filling was lamb and keema so giving a nice depth of flavour, and the mashed aloo was buttery and smooth, served piping hot it was a pleasure to eat tentatively,  furtively even.

I am a biryani fanboy, and I love all things biryani, This biryani did not disappoint, oven cooked in a cast iron skillet it was firstly piping hot, secondly, the rice was fragrant and the chicken was moist, some of the masala and rice had caramelised on the outer edges of the skillet giving a second wind element of crispness. The flavours were balanced the only criticism was that the masala was slightly ever so heavy on the cardamom, which is a personal taste so in no way a failure.

The Cinnamon Bazaar was in essence precisely what Chef Vivek Singh says on the tin, an unfussy modern take on the traditional Indian menu, The dishes are imaginative and playful without being overbearing and arrogant. The focus is on playful taste and flavours rather than being modern for the sake of Michelin.

The Service was friendly and to the point, not overbearing and stuffy.

The Samosa Chat and Lamb Rogan Josh Shepards pie in my opinion the star of the show.

The Chicken and Lamb are confirmed 100% Halal, the Game is not