Hey Foodwala boys and girls, Alfie Foodwala is back from the COVID 19 hibernation and he is ready to explore the post coronavirus restaurant scene.

On my last visit to Lahore last year with Goblee Foodwala, after lunch with uncle Sarwar who incidentally is the Governer of Punjab, we went for a specialty coffee in Gulberg and we got talking to the barista, we ordered our usual double espresso’s and he remarked that we were definitely not burgers from Lahore, intrigued we asked him to explain, he said only people who ordered a double espresso was coffee lovers from the UK or Italy, the “burgers prefer the lactose and sugar-rich mochas and cappuccinos”

He bemoaned about the spoilt “Burger Kids” what who were his customers, we asked what was this burger kid label or burger he explained that the  burger lives in a cocoon of Gulberg or DHA and is enamored by things outside of Pakistan – by the West,they are well-to-do Pakistanis who may have American or British-tinged accents after years spent studying in elite American or British schools in Lahore they feel they entitled and are often soft and arrogant

They were hostile to the Western-born Pakistanis, as the felt envious and insecure which in turn manifested in aggression and hostility.

This was a very interesting social commentary and he further remarked that the “burger” generation is now running the country and the “burger in chief” being the PM…Imran Khan.

So coming back to the present, I was on my first London trip after the lockdown and many restaurants were still closed, I walked the streets of Soho looking for somewhere to eat, I was absolutely famished and was ready to throw in the towel and go to the Mcdonalds on Oxford Street and have a couple of Fillet of Fish when I stumbled on Burgeri, which is a Qatari import aimed at the hoards of Gulfees from the Middle East and the Burgers from Pakistan and India.

It was a Wednesday afternoon and Burgeri was doing a roaring trade, even in the midst of pre/post lockdown.

I was ushered in by a young man wearing a PPE face shield and i promptly went up to the counter to order. 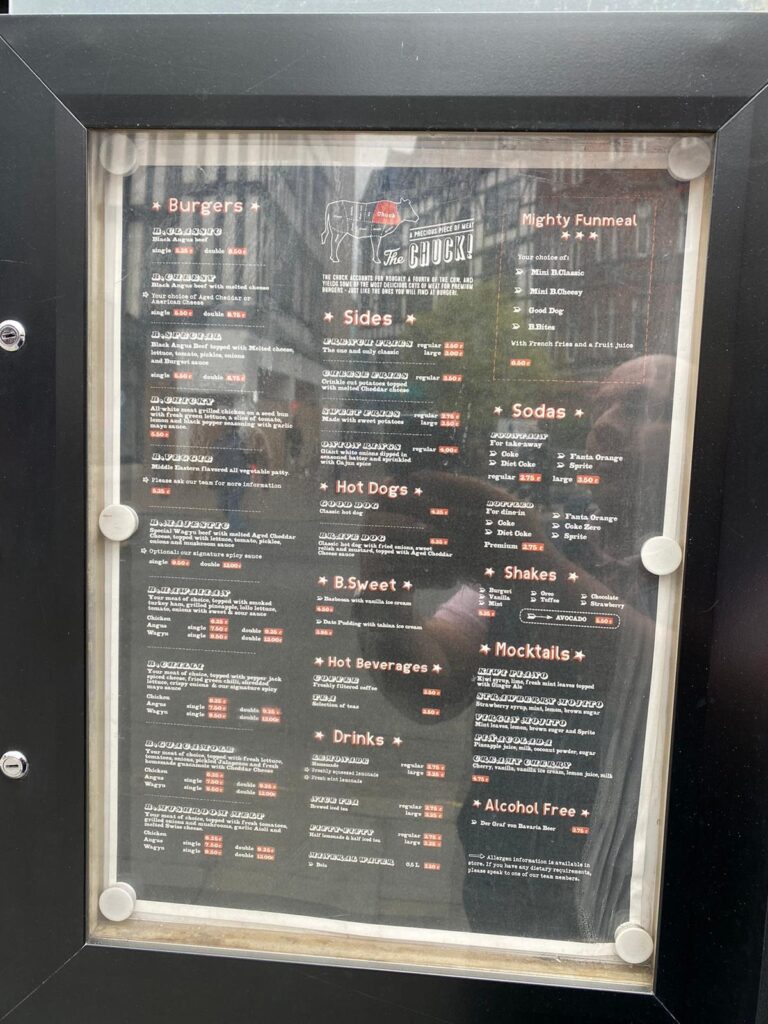 The menu was split int burgers and hot dogs, the burgers are Halal Aberdeen Angus or Halal Waghu, and all the connotations thereafter.

I went for the Angus Mushroom melt

The two Angus patties were a little bit on the dry side, I felt that the fat percentage should have been higher, the mushroom topping was adequate and the cheese was only partially melted, all in all,it was adequate, but I have had better. the brioche bun was soft and buttery. It lacked any Umami flavour

The Loaded “hot dog” was definitely not to my liking, however,that is more of a personal taste rather than a failing of Burgeri, the steamed sausage had the right amount of “bite” to it however the taste was very processed, again my personal taste, the redeeming feature was the sweet green salsa topping and the melted cheese. I would not be ordering another hot dog in a hurry.

Burgeri was a good effort at the Halal Gourmet Burger, however,I felt it fell a little short of its gourmet burger name.

but the prices are reasonable for Soho and the atmosphere was relaxed and friendly, definitely on to bring your significant other if you are courting.

In my opinion, Burgeri was above average and way behind the steller offerings of SALT in Dubai and the Wagyu sliders of Cona in Bradford. Burger King Singapore was definitely an also ran

The Beef is  certified HALAL,

Alcohol is not served at the restaurant