It has been often said by philosophers and thinkerwalas that civilization is only two meals and 24 hours from barbarism.

It is then no surprise that food evokes such primeval instincts possibly hard-wired into us humans when Eve goaded Adam into munching that Pink Lady Apple.

One example how food and particularly the humble Kebab can lead tribes and nations to war was at the Battle of Salamis in 480BC when the heavyweight Spartan King Leonidas squared up with  Persian Cyrus the Great.

It all started innocuously enough when a beautiful Bullock was cownapped by some  Spartan soldiers and turned into kebabs, the young cow heard ran back to his uncle who was a  Persian soldierwala, and told him the fate of the wee cow,  he in a fit of rage dispatched 29 soldiers to bring back the cownapped cow, however, the Spartan soldiers emboldened by a feast of kebabs quickly dispatched the Persian troops in record quick time.

This was not taken well by the Persians and considered this a baistee (embarrassment) of biblical proportions and sent 29,000 troops to avenge the 29 and ultimately the cow, The Spartan King countered by sending 22,000 Spartan stormtroopers, even although the Spartans were outnumbered they trounced the Persians.

So this is where the term “having beef” with someone came from.

To commemorate the Battle of Salamis, the Foodwala family decided to visit Babs in West Nile Street, being huge Hummus aficionados we always order the hummus to start, It is usually the plimsoll line for the rest of the meal.

The hummus was creamy and smooth with the right amount of tangyness and served with the most heavenly freshly made flatbread, top marks for that.

The Lamb Shish was grilled while still retaining the slight pinkness and moistness and accompanied with a baked yet fluffy sweet potato on a bed of Hummus and pan seared cauliflower.

Sweet Potato can be a hit or miss affair if not prepared properly but on this occasion, it was on point.

Did you know the İskenderoğlu family who still trades from a restaurant in Bursa, who trademarked the Iskender kebab after the grandfather created the iconic kebab for the great Turkish leader Kemal Ataturk.

Legend has it that Ataturk was on horseback and came across the young Iskender Efendi at his stall, being on horseback Ataturk had to have one hand on the reigns so only had one hand available to eat so Iskender cut up the grilled lamb and bread and poured over the hot tomato shorba and topped it with melted sheep butter and yogurt and hey presto the iconic kebab was born.

The marinated Lamb Shish was flavorsome and moist, the grilling did not dry out the lamb yet created a crispy crust.

The Extra Virgin Oil and black pepper marinaded Chicken Souvlaki was soft and packed with flavour due to the chef grilling the chicken thigh and wings, therefore, keeping it soft and moist.

I usually find that chicken breast meat if not cooked diligently can dry out and lose its flavour , however, the Chicken Shish was grilled horizontally thus retaining the flavour and the cooking juices. 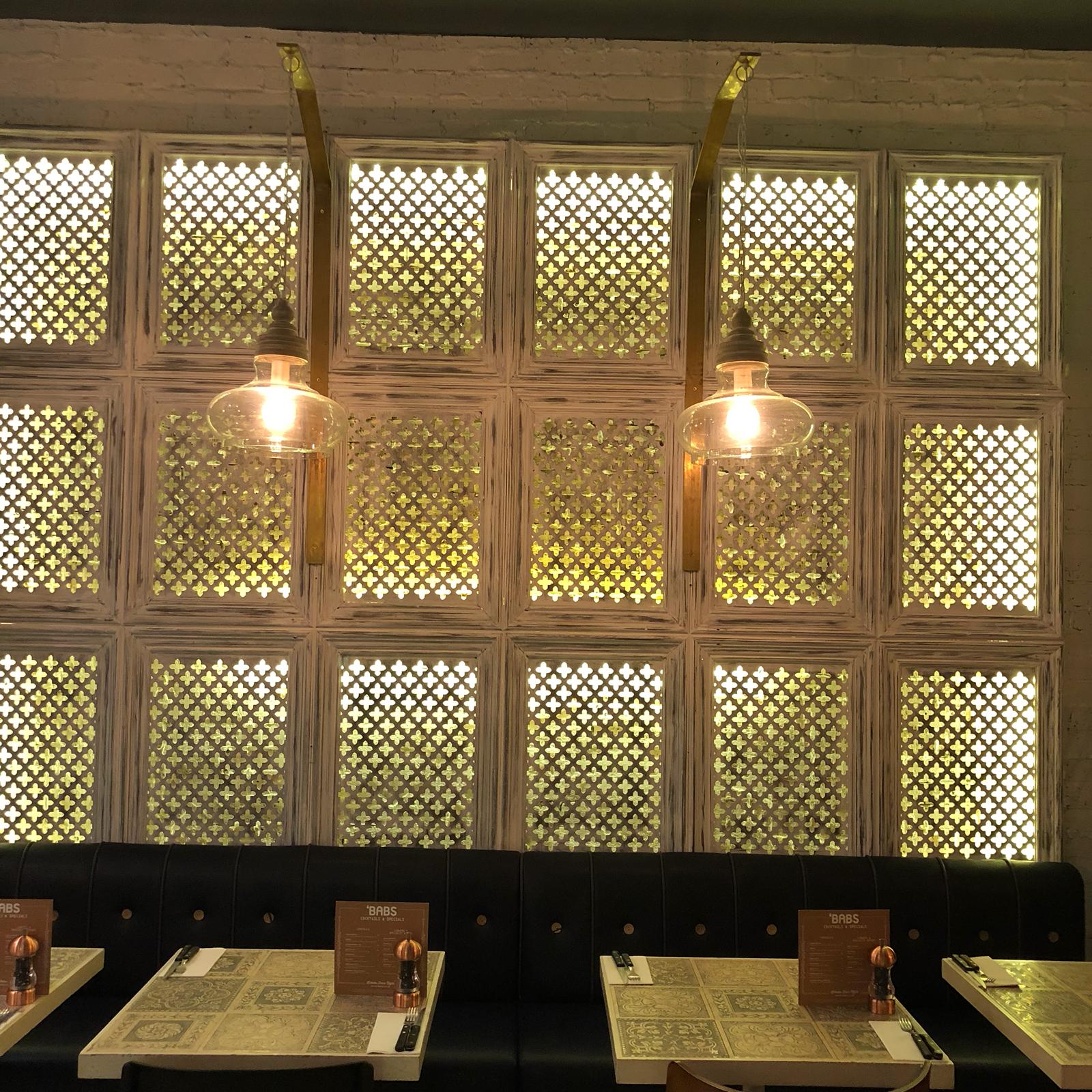 In Conclusion, Babs was delicious, the master grill chef was a true artisan, he used the Ocakbasi grill like a Concerto pianist playing a Steinway.

The Service was equally on point, waitresses with their nautical inspired uniforms were attentive and knowledgeable, they even asked how we liked our Lamb cooked, medium pink or well done

their genuine smiles, attentive service without being obtrusive.